The Time Box: Use for dating asteroid occultations 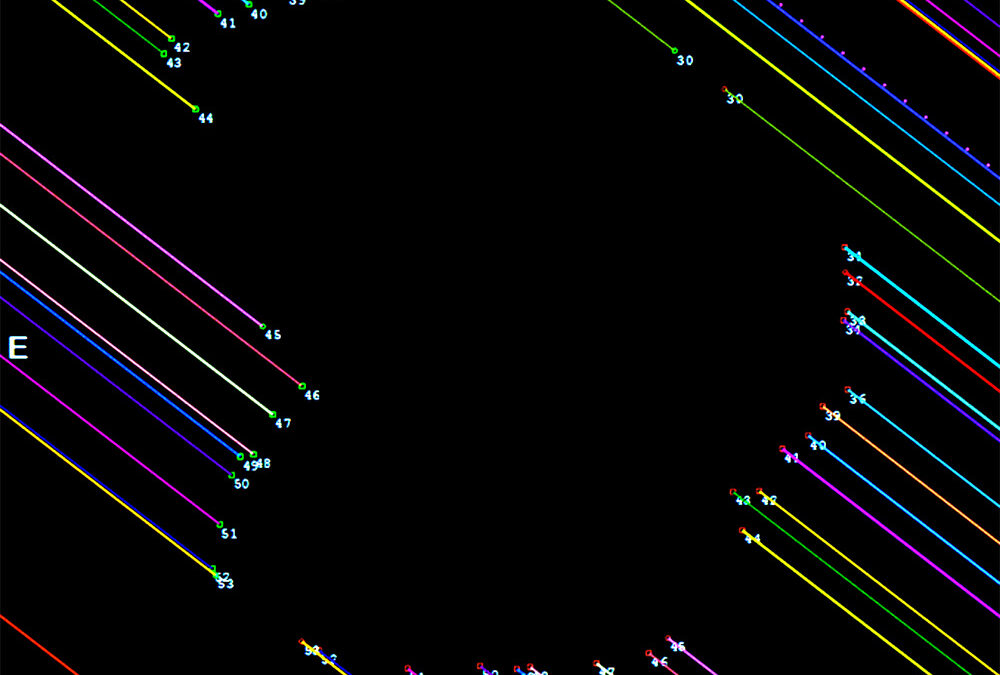 Use for asteroid occultation dating.

The observation of stars occultations by asteroids is an exciting sport, it allows with few means to contribute to science. It is an excellent playground for amateurs because it allows with small instruments at a relatively low cost to participate in a collective pro-am work. It is photometry where the key is the measurement of the quantity of light.

Asteroids are several hundred thousand “large or small pebbles” which orbit for the most part between Mars and Jupiter. Others are more distant, those called transneptunians, a significant part has been discovered by amateurs, but nowadays it is less frequent: the most important are already listed and the big automated surveys leave less chance for discovery (like for comets)

It should also be noted that among the objects in the sky, these are the only ones to which the discoverer can give a name in addition to their official numberTheir size makes most of them very faint, they are not necessarily easy to image and it is at best only a light gray point on a dark gray background… But they sometimes happen to pass between a brighter star and the Earth, when the alignment is exactly then the star goes out for a few seconds, and then it becomes very interesting!!! It is enough to be on the trajectory of the “shadow” to make a measurement which, added to those of the other participants, makes it possible to know a lot about these objects. Unity is strength, and when many amateurs observe the same object they can then obtain quite brilliant results!

These are very precise measurements, and thinking that from your backyard (or during a trip) you can have a measurement precision of the order of a few hundred meters to 500 million km is a dream! (in a pictorial way it is the thickness of 2 sheets of newspaper seen from about fifty km!!!)

The other nice aspect is that it is a branch of astro where amateurs are very important, indeed “professional” observatories are usually not in the right area and a single measurement would not be useful. It would only confirm that its orbital elements are correct or not (if it is not observed). On the other hand, lots of amateurs spread out over the shadow path allow excellent results and draw a very precise profile. In addition to light curves, it is even possible to make it a 3D model!! 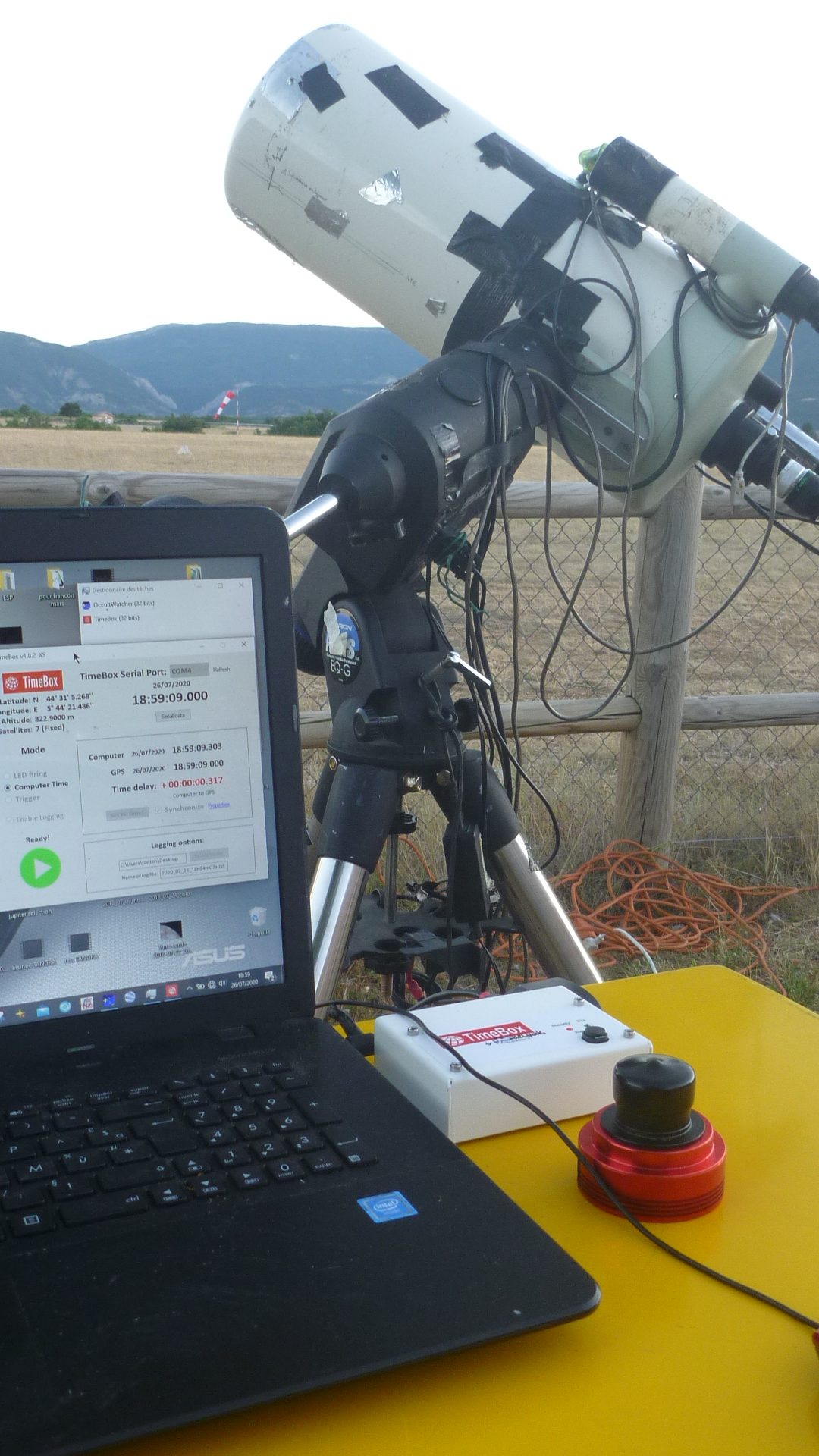 First of all you have to have the ephemerids. The excellent Occult Watcher tool provides them with the margins of error, you just have to give your coordinates to the software and it returns the possible occultations. Since the astrometric data from the Gaïa satellite have been used, the predictions have been refined and become very precise.

Then you have to observe the star around the prediction and analyze what you have observed.

What is very important, even if the images are of “poor” quality, is the dating of the event, as well as the position of the observer. Thanks to these data, it will be possible to re-build the shape and the dimensions of the object. If the observation has been negative, its orbit may be not precise enough or has been modified for example because of the attraction of planets.

It also happens that surprises are offered to observers: satellites, rings, “twin” asteroids or the discovery of an unsuspected double star… all of this is in the light curve!

To ensure a precise date & time, several more or less precise methods are available, but you have to reach the precision of a millisecond which is achievable nowadays with the GPS.

For years the observation was carried out with analog (video) cameras such as Watec and the dating was embedded on the image via a “box”. Corrections had to be made, which varied according to the exposure time. The maximum speed was 25 fps at best, and we often had to stack several images to get enough signal.

Nowadays, the appearance of high-performance, sensitive and fast CMOS cameras has allowed great progress. But the dating must always be included in the images.

So, some time ago I decided to “modernize” my setup: a small CMOS camera and the TimeBox: It’s definitely easier and more efficient! And in addition it is a “reasonable” budget. 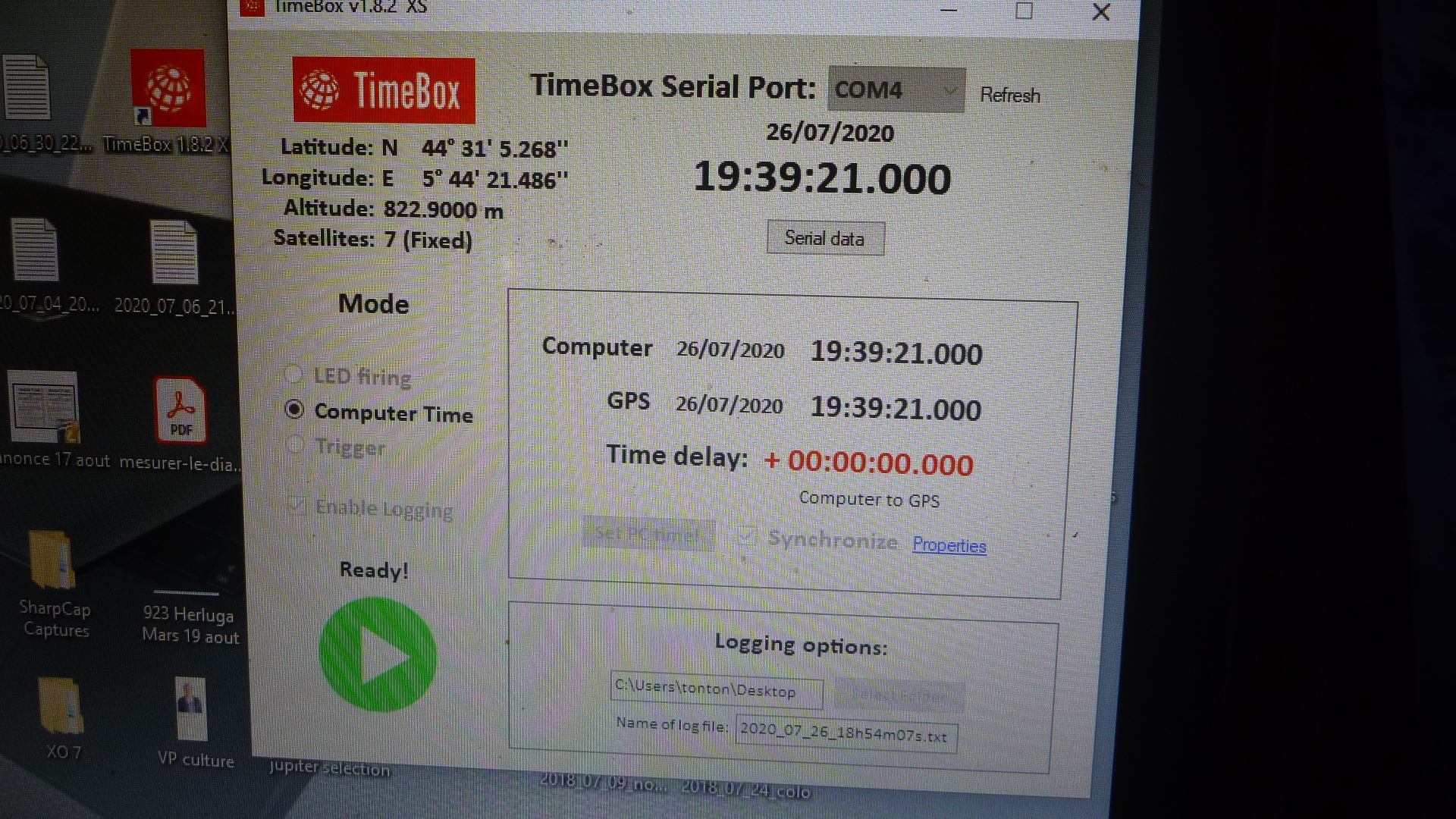 Using the TimeBox is very simple: it sets your PC clock to GPS time. When you acquire the images, the date is embedded at the top of the image. By saving in .SER format the processing becomes easy, the Tangra software can read the dates and the light curve is made very quickly! Occult 4 will then process all this and all you have to do is fill in the observation report and send it to the “Euraster” site. You can even ask the software to do it!!! 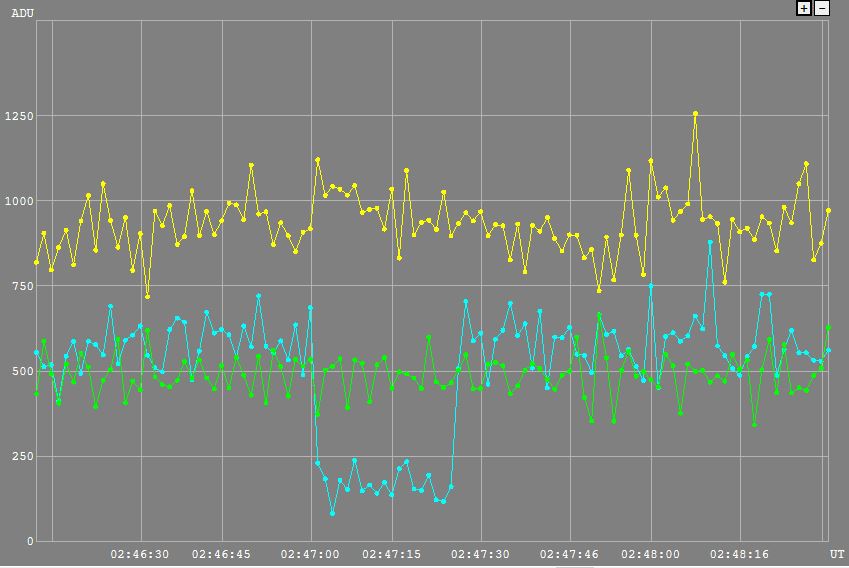 A very clear user manual gives all the explanations for the first use. Just plug in the TimeBox: the GPS antenna and the USB cable provided in the box and a 12V power supply. Also tell the PC that it must use the time from the TimeBox as a priority for its clock. You must also install the Arduino software and that of the TimeBox (the Time Box is based on an Arduino). But we only do it once.

And that’s all !!! Then just click on the TimeBox icon to launch! When you start a new observation, for sure the PC clock has drifted… when you launch TimeBox and after it has located a few satellites, the panel will indicate the position and the time. Another line will show the PC time and the GPS UT time and the difference between the two. Quite quickly this difference becomes less than a millisecond. We can then prepare the observation. All of this only takes a few minutes!

The TimeBox has also a lot of advantages compared to other systems: it can be used with all digital sensors, so you can use different cameras without being “captive” of a dedicated and fully integrated system. It can also be used with different modes including the control of a trigger for certain cameras or with an LED (where the precision is further increased) The trigger output in 3 6 or 9 V can also be used for other applications such as for example timing or a very stable and precise time base.

I had been observing occultations for a few years, I had somewhat given up this activity in favor of others, but now it makes me want to come back! Easy to use and process data, non-captive system, it can be used with different equipments in a very easy and efficient way without having to modify a whole setup (just add the TimeBox to your PC to have a dating system). This tool can also be used for other purposes than observing occultations, in fact anything that needs a date.

A small box but a big step forward for those who want to start worry-free and without spending too much in observing occultations!