TimeBox : to accurately measure an occultation 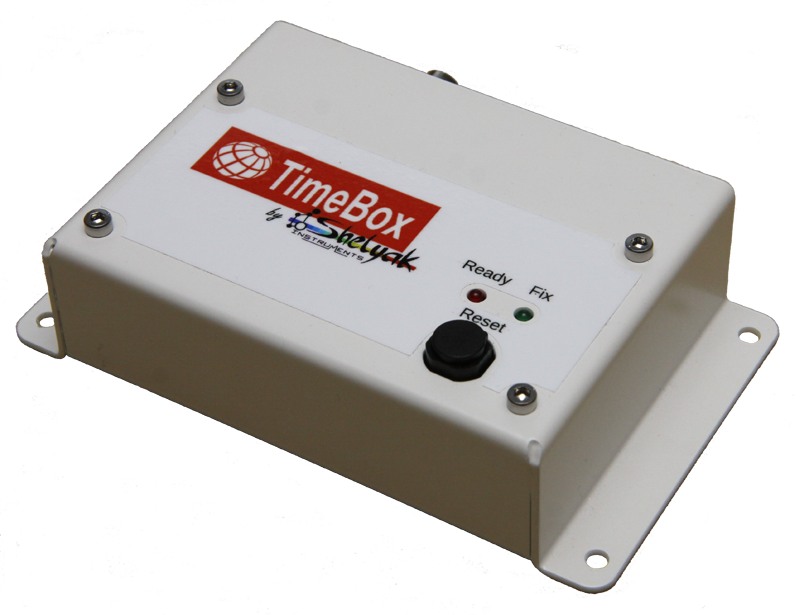 Timing of astronomical occultations and other astronomical phenomena need to be done in an absolute time scale with a precision of a few milliseconds in order to pull and compare recordings done by different observers around the world. The timescale chosen is the Coordinated Universal Time (UTC) that is the primary time standard regulating clocks and time (McCarthy et al. 2009). Stellar occultation is a proven method used to determine the size, form and position of asteroids, and the topology and obits of satellites as well (Trahan et al. 2014); also stellar occultations are used to improve astrometry of star positions, to produce precise TNOs ephemeris (Assafin et al. 2012), to provide information of the atmospheric pressure of TNOs and planets (Dias-Oliveira et al. 2015), and recently, to discover the presence of rings on minor planets of the outer solar system (Braga-Ribas et al. 2014).

Open the occultations to the digital world

So far, scientists and amateurs were using a timing system that stamps the UTC time in every frame of an analogic video recording (for example with Watec cameras and video incrustator IOTA-VTI). This system was validated by the international occultation timing community (IOTA) for years and used by hundreds of observers for more than ten years.

However, almost all current video recorders devices are digital, including those possessing the most sensitive and low noise CCD, EMCCD and CMOS image sensors. Last generation CMOS image sensors possess sensitivity and noise levels comparable to those of the best CCD sensors, without its major inconveniences (low frame rate and high cost of production). The evolution of CMOS image sensor capabilities will likely replace the CCD sensors thus favoring the development of highly sensitive/low noise digital video devices in the near future.

Because analogic systems are less and less used nowadays, they cannot offer the most advanced camera sensors anymore.

Up to now, no precise and portative solution was proposed for UTC timing using digital cameras. The TimeBox is there to fill this gap. This opens a new age for the occulations observations, using up to date technology!

How the timeBox works?

The TimeBox is a device designed to date a PC/Server time and digital video recordings with the Coordinated Universal Time (UTC). The TimeBox was primarily designed for precise timing of astronomic phenomena, but it can be used for other applications that require precise timing with an absolute time reference (UTC).

The TimeBox has been validated and is commonly used at the Laboratory for Space Studies and Instrumentation in Astrophysics (LESIA) of the Observatoire de Paris. The TimeBox was also tested and validated by a group of experts from the International Occultation Timing Association (IOTA), a volunteer science and research organization gathering data from timings of astronomical occultations. The TimeBox is used by professional observatories, astronomy clubs and observers in Europe. 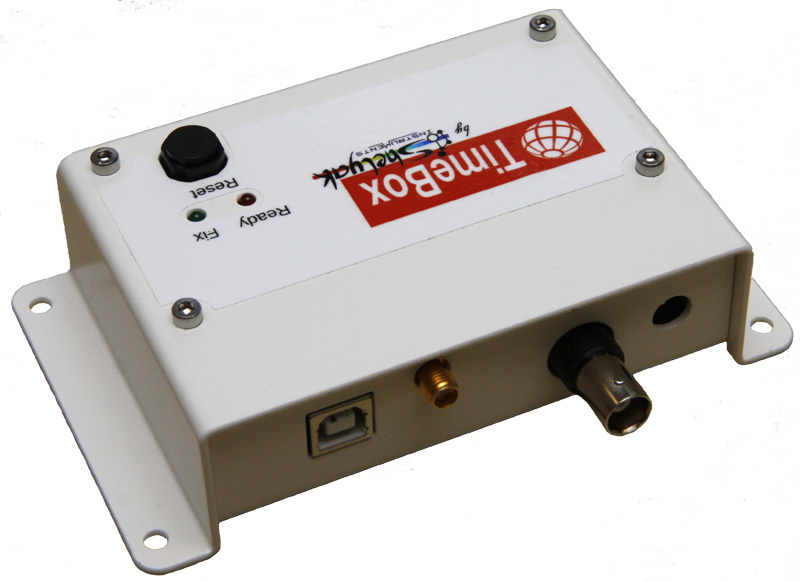 The TimeBox recovers the UTC time from GPS satellites and synchronize your measures/PC in three different ways; these modes are controlled with a fully graphical interphase using the TimeBox proprietary software: 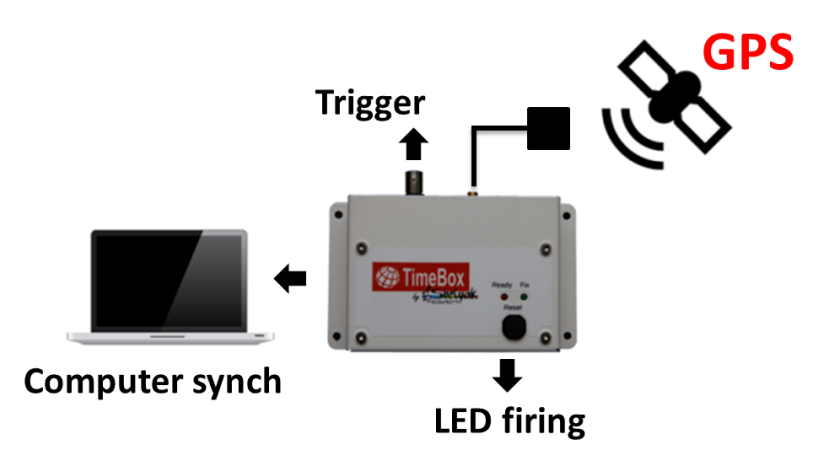 1. LED firing (<10μSec UTC). Use the TimeBOX LED firing mode to insert the UTC time on any video recording. This mode allows inserting the UTC time directly in the video stream by firing a LED at each UTC-second. It is possible to disable the firing of the 59th second of each minute to facilitate the data extraction and analysis.

3. Trigger (<1msec UTC). Use the TimeBOX to trigger UTC-phased frames of selected CCD/CMOS cameras possessing an external I/O port for trigger firing. Using this mode the TimeBox is able to trigger the camera directly by emitting a series of logic square UTC-timed pulses (3v/6v/9v) through a BNC port at different frequencies (0.1-1 Hz and 2-24 Hz). In this mode, the TimeBox is also able to synchronize the internal PC-clock to ease data reduction and produces a log containing the list and precise UTC-time of each pulse.

What is needed to perform a correct occultation?

First of all, a star occultation or any kind of precise astronomical photometric recording needs three basic elements:

In many cases no occultation will be detected from the detection of an expected occultation. A negative observation or “miss” could be attributed to erroneous data on the orbit of the star and/or asteroid location. Negative data are always useful, since these “misses” describe the limits of the shadow of the asteroid or occulting object. There is a prediction score that reelects the probability of the occultations; this is something to take on account when you plan your observations.

You telescope need to accurately point towards the occulted astronomical object of interest and track it over a period of time. The telescope has to be connected to your recorder or digital camera. As mentioned above, the recording has to be done using a TimeBox (timebase) in order to precisely timestamp the frames using any of the three synchronization methods described above.

It is important to determine the photometric drop of magnitude announced on the prediction report, as your telescope-recorder system has to sensitive enough to record this magnitude drop with an enough frequency to provide useful data from the occultations. For more information about occultations, predictions and educational material you can consult the IOTA website: https://occultations.org/).

Some results achieved with the TimeBox 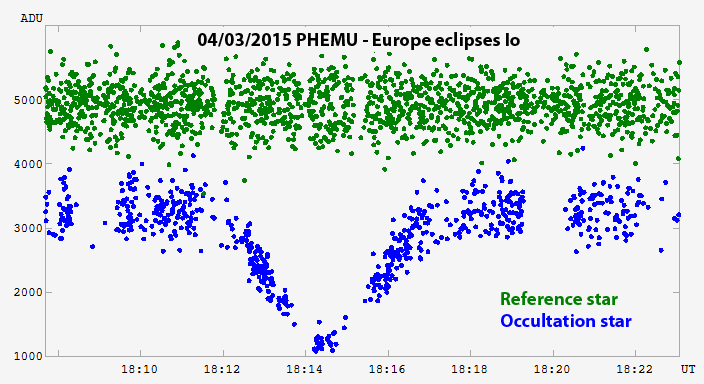