The Lhires III is THE standard High Resolution reference spectroscopy.
Gain access to the smallest details in the spectral lines profile and observe the stars’ activity.

The  Lhires III spectroscope is the “historical” instrument from Shelyak. Designed right after the “Ecole d’Astrophysique” du CNRS (astrophysical school organized by the french national science organization) in 2003 for Be stars observation, it has since found numerous other applications.

With a resolution power of R=17.000, it gives access to radial velocities by Doppler effect, as well as incredible details in the lines profile.
The standard gratings is of 2400 lines/mm; this gives the Lhires III its full resolution. It can be quickly replaced by other optional grating modules – that makes the Lhires III a versatile instrument, it is therefore possible to adapt the actual resolution to your suit project. Fainter objects then becomes accessible: Novae, bright comets… 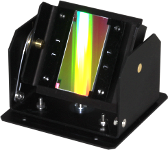 The covered spectral domain is quite limited (around 10nm, because of the high resolution). However, thanks to a micrometer you can choose which central wavelength to observe, within the visible domain (400-750nm).

A lot of  for educational project become feasible around the Doppler effect, like measuring the rotation of Jupiter or Saturn.

Example of a Jupiter spectrum, showing the planet’s rotation (solar lines are slanted).

The F/10 aperture makes the Lhires III specially adapted to Schmidt-Cassegrain telescopes. But it can be easily adapted to any type of telescope, even the fastest (by using a Barlow lens).

Thanks to its reflecting slit, the Lhires III allows to precisely point at a star and track it. A guiding camera (not included) allows to control the telescope movements and ensures an optimal observation.

The interchangeable slit included as standard (15-19-23-35µm) allows to adapt the instrument to any observational situation. If needed, you can give priority to either resolution, or luminosity. Other slits are also available (large slits, photometric slits), to extend the capabilities further. 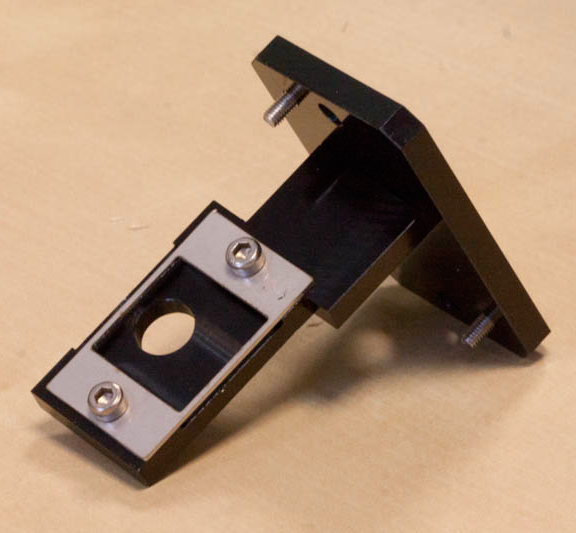 The Lhires III is shipped with an adapter for Schmidt-Cassegrain telescope. If needed, an optional 2″ nose piece is also available. 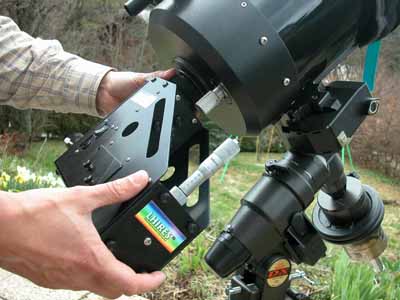 The standard CCD cameras adapter is compliant with Atik cameras (or any camera with a T-mount and 13mm backfocus). A lot of adapter rings are also available for most common cameras (see accessories).

The guiding camera port is C-mount.

Going further with the Lhires III

Beyond the knowledge the Lhires III can give you in astrophysics, it is also a scientific instrument for collaboration between amateurs and professionals: Be stars, variable stars tracking… a lot of publications are based on Lhires III observations. 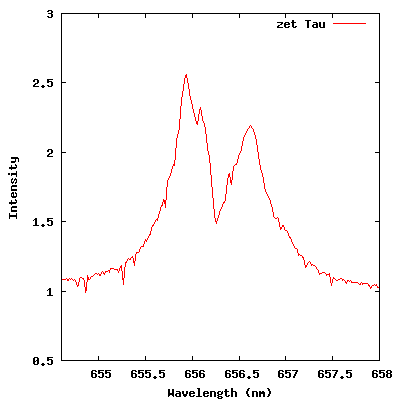 Support from a large community

The Lhires III is widely used all over the world, and you’ll easily find project ideas and advices on the internet, for instance through the Spectro-L discussion list or the ARAS spectroscopy forum : ARAS